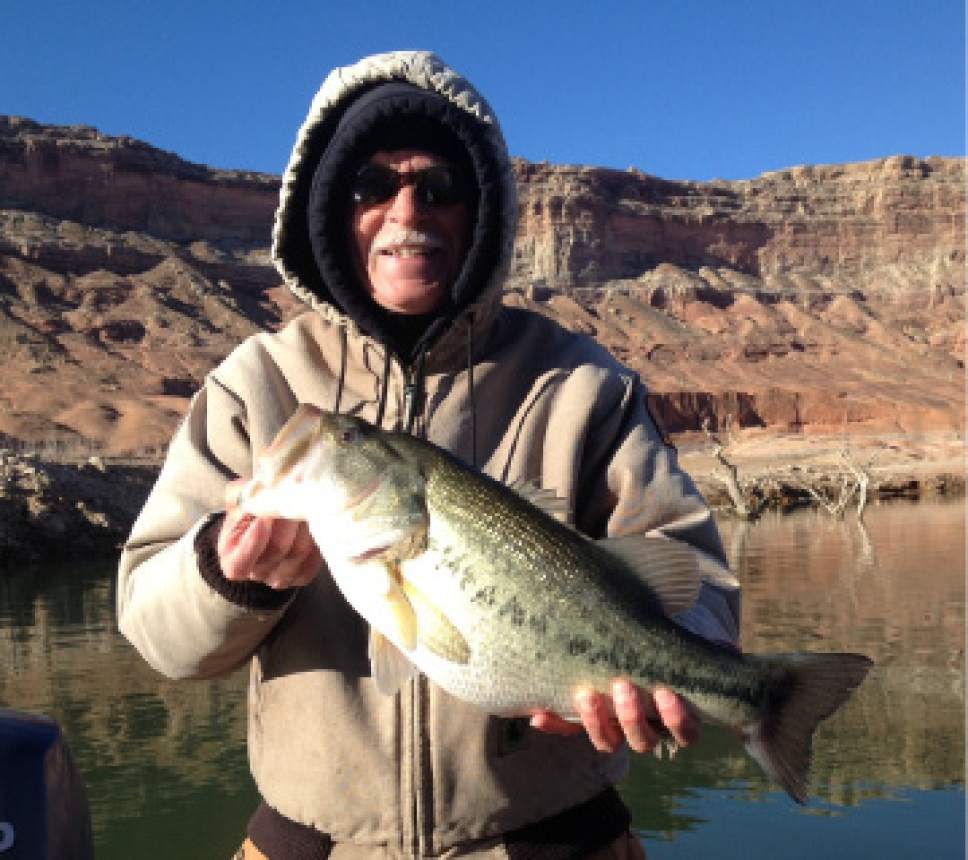 The lake level is currently 639 feet above msl. At this elevation reefs and sandbars are exposed so be very careful of rocks just under the surface.  One angler reported that he had a blast with largemouth bass in the shallows and smallies attacking plastics along the shelves.  The fishing dock at Katherine’s Landing produced some nice fish.  The striper bite has returned according to reports. Down deep by the dam and above the power lines are reported as the hottest spots. Lures that mimic trout are working for stripers as well as the old tried and true anchovies. Submersible lights fished during the new moon are an effective way to catch stripers. Check the moon phases before you go – the last new moon was November 29th.  The next new moon will be December 28th.  Cut anchovies usually work the best for stripers at night.

Biologists from both Arizona Game and Fish Department and Nevada Division of Wildlife with the help of volunteers, National Park Service, and Bureau of Reclamation personnel have continued to install fish habitat in Carp Cove, Box Cove, Shoshone, Princess and Arrowhead.  Prospect Cove (1st cove south of Princess Launch Ramp) is the latest addition on the Arizona side of the lake to get habitat deployed. Fish habitat consists of PVC structures, tamarisk bundles and a new type of habitat we call poly shrubs.   The largemouth, smallmouth, bluegill and catfish are really utilizing the new structures.  Additional habitat will be added at several locations over the next two years.  These structures are fish magnets. 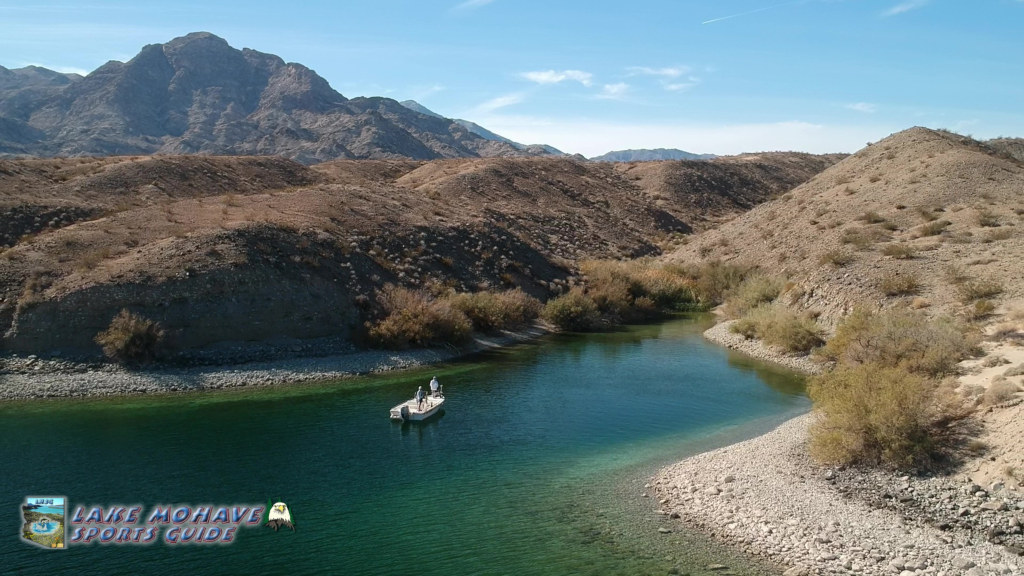 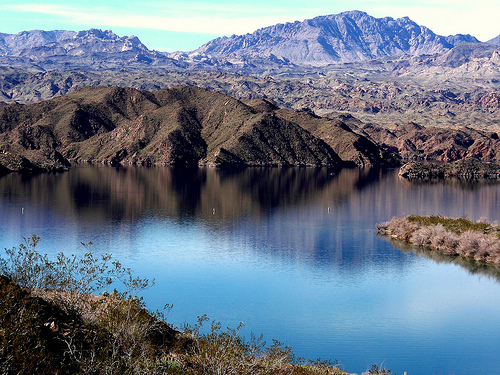 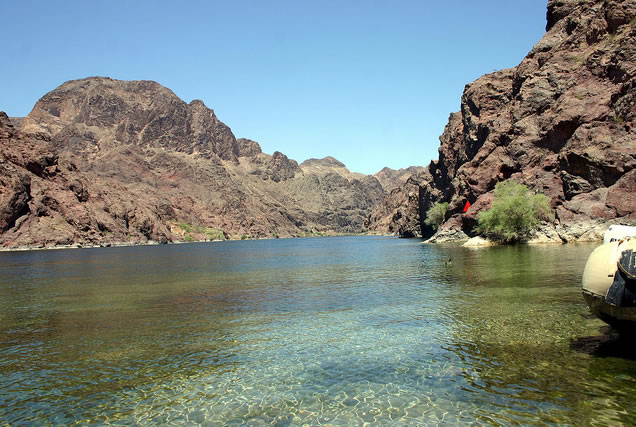 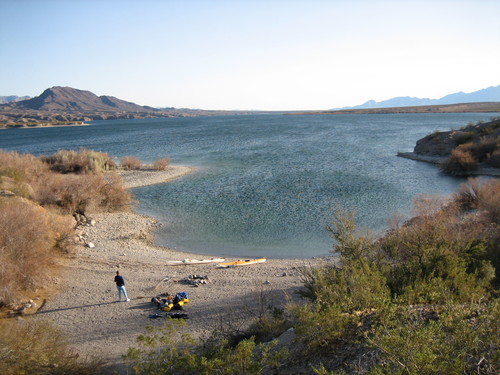 A Lake of Contrasts