Our Visit to Lake Havasu and London Bridge 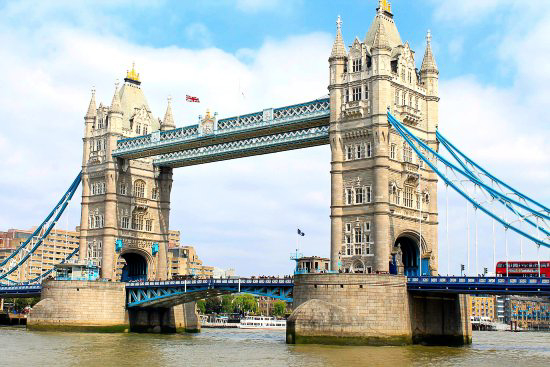 We spent a week in Lake Havasu City, Arizona and we spent much of that time slightly confused. Let me paint a picture: You head west from Tucson and find yourself driving through the desert… desert and desert and more desert. It all looks something like this:

Eventually, you stop for the night in a tiny middle-of-nowhere town called Gila Bend where this is the sign that greets you at the campground office.

You silently give thanks that the RV park has included handy illustrations on their sign. This way, you won’t have to wonder what’s crawling on you at 3:00 a.m. You’ll immediately know that it’s a scorpion. Such a time saver!

After a fitful night’s sleep, you keep driving, briefly passing through another middle-of-nowhere town called Quartzsite. Quartzsite is famous among RVers because every winter, hundreds of thousands of them convene in the town for a massive gathering. Different groups all hang out with each other, socialize, attend seminars that are offered by their clubs, and buy various products from vendors who show up to market to the crowd. We just missed this year’s gathering (which was ok… it all sounds a bit overwhelming to us.)

Anyway, as you’re driving through Quartzsite, you stop because, while routing the trip, Kevin noticed a place called “Daniel’s Really Good Fresh Jerky” on Google maps and has added it to the route. You roll your eyes, but after trying several types of jerky at Daniel’s, you find yourself repeatedly exclaiming: “Man, this is really good!”, causing you to conclude that Daniel was not lying about his jerky.

After buying half a cow’s worth of jerky, you keep driving through more rather dull desert when, suddenly, you start to see all kinds of cool mountains and water. Lots of water. It’s really quite jarring.

And you think, “Well, I guess that makes sense: The name of this place is LAKE Havasu City.” But then you remember, this isn’t a natural lake. No… it’s the Colorado River. It’s just been dammed downstream, creating this rather enormous reservoir in the middle of the desert.

But they’re not just any lighthouses, but rather, miniature replicas of famous lighthouses found along the coasts of the country.

There are almost twenty of these replica lighthouses all around the waterfront.

Why are there tons of lighthouses on a lake in the middle of the desert? Because a group of highly motivated and very talented citizens built them….They wanted to make the lake safe for nighttime boating and instead of just using boring commercially available lights, they decided to build these beautiful replicas instead. Pretty cool, huh?

So, in addition to there being a fake lake in the middle of the desert surrounded by miniature lighthouses, there’s also the London bridge. The actual London bridge. Like… the one from London… Weird, right?

I mean, at least the Parthenon in Nashville isn’t the actual Parthenon (though, if Nashville could pull that off, it would be a total coup…) With the London Bridge, this is the real deal: disassembled in England and shipped over to Arizona in crates, to be reassembled on fake Lake Havasu back in 1971.

I often reminisce about life before the internet, and this is the simple answer to the question “What did people do before Google?” They bought the wrong damn bridge from England. That’s what.

Anyway, all that aside, it is a lovely bridge. And Kevin and I managed to snag the perfect table at a nice restaurant overlooking said lovely bridge on his birthday. And because we had such a lovely view, we stayed long enough to watch the colors change as the sun started to set….

So, what’s the deal with this desert city that’s located on a man-made lake, surrounded by miniature replica lighthouses, and home to the London Bridge which was not the intended bridge, but it’s nice anyway?

Well, the town is basically the winter habitat of two distinct groups: Snowbird RVers and spring break kids.There are a ton of very popular RV parks that are all jam packed during the winter months, and in March, just as the snowbirds are starting to head home, the whole town gets inundated with college kids. We were told that the shores of the lake are almost impossible to walk through because there are so many college kids partying on the beach and in their (parents’) boats.

I’m gonna go out on a limb here and suggest it’s not the snowbird retirees from Canada who need to be reminded that they’re not permitted to cannonball off the London Bridge.

Anyway, our timing was pretty good and we landed in town while it was still active with RVers but not insane with college kids. More importantly, our arrival there coincided with the presence of some terrific people we were happy to hang out with.
Blogger Meetups

Ingrid is a prolific blogger and photographer (her blog is Live Laugh RV) who has been on the road with her husband, Al, for about five years. I’ve been following her site for as long as I can remember and ever since Kevin and I hit the road, she has reached out to me numerous times to suggest places to go and things to see as well as provide us information about campgrounds and routes. I know I sound like a broken record, but I’m telling you, the folks we’ve met while doing this have just been awesome, and Ingrid is a perfect example of that.

We met up for lunch at a local brewery and then took a walk down by the waterfront and into Lake Havasu State Park. They showed us around and gave us a bunch of helpful information about what to see while we were in town.

Additionally, they helped us out with our immediate need for a mechanic for our car. As I mentioned in a previous post, we had some engine issues that needed to be addressed and life on the road means never seeing the same mechanic (or hair stylist or doctor or vet or anyone else) twice. Because they’ve spent a lot of time in Lake Havasu, they had an excellent recommendation for a mechanic who not only fixed our car, but did it for a fraction of the cost we expected. Yay! Beer fund restored!!!

In the meantime, a reader of my blog, Jana, who happens to live in Lake Havasu, had reached out and asked if we wanted to get together while we were in town. On the one hand, I had no idea who she was and she doesn’t have a blog so there was no way for me to figure it out. On the other hand, as I’ve said in the past, there’s a lot of good that can come from simply saying “yes” to opportunities that present themselves. Plus, I figured, “what’s the worst that could happen?” I mean, if I’m being honest, “the worst” that could happen from meeting a total stranger on the internet would be for us to get kidnapped, murdered, and buried in a shallow grave in the Arizona desert. But, really, what was the likelihood of that? It’s not like we were in Ohio or something. Anyway, Jana and her husband, Mike, were absolutely lovely and we had a great time chatting with them. And not only that, but an hour after we went our separate ways, Jana emailed me and offered to let us borrow her car while ours was in the shop! Seriously…. Who does that?? (I’ll give you a hint: It’s “RVers.”)

So… about that meet-up… We spent the afternoon with Jana, Mike, Ingrid, and Al at the famous Desert Bar – a true institution near Parker, Arizona.

The Desert Bar is only open on Saturdays and Sundays, from noon to six, from October through April, and in order to get to it, you need a high clearance car. There are actually two roads that lead to the bar – one is a true offroad trail which we didn’t even consider because we hadn’t had our car repaired yet. The other is a more reasonable road that doesn’t require 4WD but does require plenty of distance between the ground and the undercarriage of your vehicle.

The bar is a destination for visitors as well as the many locals who own off road vehicles in the area.

The drive is about five miles into the middle of nowhere, but when you get there, you’ll find a rather huge bar with live music, several restaurants, and tons of people having a great time.

The entire bar is powered by solar arrays that line the roofs, there are some trails you can climb behind the bar to get a view of the entire area, and there are all kinds of old cars and trucks, artwork, and this teeny tiny “church.”

It is a truly unique place and one that is absolutely worth the trip. Here’s an interesting article about it. Also, Ingrid arrived an hour before it opened and got some good photos of the bar and scenery before it got crowded. See her article here.

All in all, it was absolutely worth the effort to get out there (hell, that was half the fun), and we highly recommend this “can’t miss” spot if you find yourself in the area.